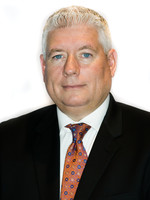 Jonathan Kennedy has served as Chief Executive Officer and Director of Natus since July 2018.  Prior to his appointment as CEO, Mr. Kennedy served as the Company’s Chief Financial Officer since April 2013 and served as General Manager of Natus’ Newborn Care Business Unit from April 2017 to February 2018. Before joining Natus, Mr. Kennedy was Chief Financial Officer of Intersil Corporation, a global semiconductor manufacturer, since 2009. Prior to that, he was Intersil’s Corporate Controller since 2005. Before joining Intersil, Mr. Kennedy held management roles in Finance and Information Technology with Alcon Inc., a manufacturer of medical devices and pharmaceuticals for the ophthalmic industry and Harris Corporation, a diversified global technology company. Mr. Kennedy served on the Board of Directors of Iradimed Corporation a manufacturer of MRI compatible medical devices from 2016 to 2019. He holds a Bachelor of Science degree in Business Administration and a Master of Science degree in Accounting from the University of Central Florida. 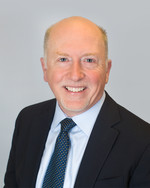 Drew Davies most recently served as Executive Vice President and Chief Financial Officer of Extreme Networks since June 2016. Prior to that, he served as Vice-President and Corporate Controller at Marvell Semiconductor Inc. from December 2015 until May 2016. Prior to that, Mr. Davies was the Senior Vice President, Corporate Controller at Spansion, Inc., a provider of flash memory products which merged with Cypress Semiconductor Corporation, in March 2015, from August 2012 to December 2015. Prior to Spansion, Mr. Davies was Corporate Controller at Intersil Corporation from April 2009 to August 2012, and served as operations controller at Intersil from March 2008 to April 2009. He also served as Chief Financial Officer of Nanoconduction, Inc. from March 2007 to March 2008, and as Director Finance and Administration for STATSChipPac from September 1999 to March 2007. Mr. Davies held various finance roles at Micron Custom Manufacturing Services from November 1992 to September 1999. Mr. Davies holds a Master of Business Administration degree from Santa Clara University and a Bachelor of Science, Business Accounting degree from the University of Idaho. 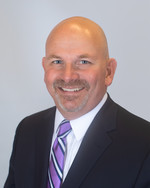 Austin Noll joined Natus in August 2012 as the Vice President and General Manager, Neuro. Mr. Noll has over 28 years’ experience in the medical device industry. Mr. Noll most recently served as the President & CEO of Simpirica Spine, a California-based start-up company that developed and commercialized a novel device for spinal stabilization. Prior to joining Simpirica Spine, Mr. Noll was the President & CEO of NeoGuide Systems, a medical robotics company acquired by Intuitive Surgical in 2009. Prior to joining NeoGuide Systems, Mr. Noll held numerous positions at Medtronic over a 13-year period, where he served as the Vice President and General Manager of the Powered Surgical Solutions and the Neurosurgery businesses. Before Medtronic, he held sales positions at C.R. Bard and Baxter Healthcare. He received aBachelor of Science degree in Business Administration from Miami University and a Master of Business Administration degree from the University of Michigan. 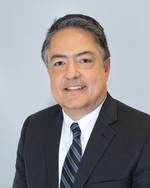 D. Christopher Chung joined Natus in 2000 as our Medical Director.  He has also served as Vice President of R&D and most recently since 2011 as our Vice President Medical Affairs, Quality and Regulatory.  From 2000 to 2007, Dr. Chung also served as a Pediatric Hospitalist at the California Pacific Medical Center in San Francisco providing patient care in the Neonatal Intensive Care Unit and Newborn Nursery.  From 1997 to 2000, Dr. Chung trained as a pediatric resident at Boston Children’s Hospital and Harvard Medical School.  From 1986 to 1993, Dr. Chung worked as an R&D engineer at Nellcor Incorporated, a medical device company that pioneered the development of pulse oximetry.  Dr. Chung holds a Bachelor of Arts degree in Computer Mathematics from the University of Pennsylvania and a Doctor of Medicine degree from the Medical College of Pennsylvania-Hahnemann University School of Medicine.  He is board certified in Pediatrics and is a Fellow of the American Academy of Pediatrics.  Dr. Chung has also been awarded nine US patents in the medical device field. 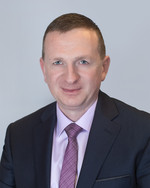 Seán joined Natus in July, 2012.  Mr. Langan brings over 17 years of Medical Device experience to the organization. Having most recently held the role of Senior Director of global operations for Natus Mr. Langan has since 2007 served at the company’s Gort Ireland Facility in various senior leadership roles within Global Operations, Site Management and Quality and Regulatory Affairs. During this tenure, Mr. Langan also worked for Medical Device companies Cardinal Health and CareFusion. Prior to Natus Mr. Langan previously held roles with Boston Scientific from August 2006 to October 2007, Merit Medical from June 2004 to August 2006 and Creganna from 2001 to 2004.  Mr. Langan holds a Bachelor’s Degree in Manufacturing Engineering from Galway-Mayo Institute of Technology.

Ivan Pandiyan joined Natus in July 2016 as the Senior Director of R&D, leading global research and development for the Neurology business unit. Before joining Natus, Mr. Pandiyan served most recently as the Director of Product Development at Beckman Coulter, a Danaher company from June 2011 to June 2016. Prior to that, he had multiple engineering leadership positions with Medtronic from December 2003 to June 2011. Before Medtronic, Mr. Pandiyan held technical positions at Sonim Technologies, Motorola and Wipro. Mr. Pandiyan holds a Bachelor of Engineering degree in Electronics and Communication Engineering from the College of Engineering Guindy in India, a Master of Science degree in Electrical Engineering from The University of Texas at Arlington, and an MBA with concentrations in General Management and Finance from The University of Chicago Booth School of Business. 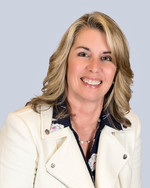 Lisa Paul joined Natus in May 2019 as the Chief People Officer.  Her responsibilities include all aspects of People and Culture.  Previously, Ms. Paul served as the Executive Vice President of Human Resources for Oclaro Inc. from November 2014-December 2018. Prior to joining Oclaro, Ms. Paul was the Vice President of Human Resources at Flextronics International were she was responsible for Integrated Network Solutions and also developed and ran the Global Talent Management function.

Ms. Paul has over 25 years in Human Resources leadership and consulting experience in technology, service and communication companies including Cisco Systems from 2006 to 2011 and Sun Microsystems from 2001 to 2006. Ms. Paul is a Certified Senior Professional in Human Resources.  She served on the Board of Directors and was President of the Northern California Human Resource Association.

Bill joined Natus in February of 2007.  At Natus, Bill manages a broad range of global legal issues, including corporate-wide liability mitigation and international legal compliance strategies, mergers and acquisitions, general commercial law and litigation, and employment law.  He began his legal career in the mass tort department at Porzio, Bromberg, & Newman P.C. in New Jersey where he assisted with product liability, FDA, and pharmaceutical litigation matters. He has also performed pro bono legal work for the Pro Bono Project of Silicon Valley supporting underrepresented communities with family law cases.  Bill graduated from the University of Maryland School of Law where he served as a summer clerk at the United States District Court.  Prior to law school, he worked for Carolina Student Legal Services, a law firm in Chapel Hill, North Carolina.   He completed his undergraduate education at the University of North Carolina at Chapel Hill.